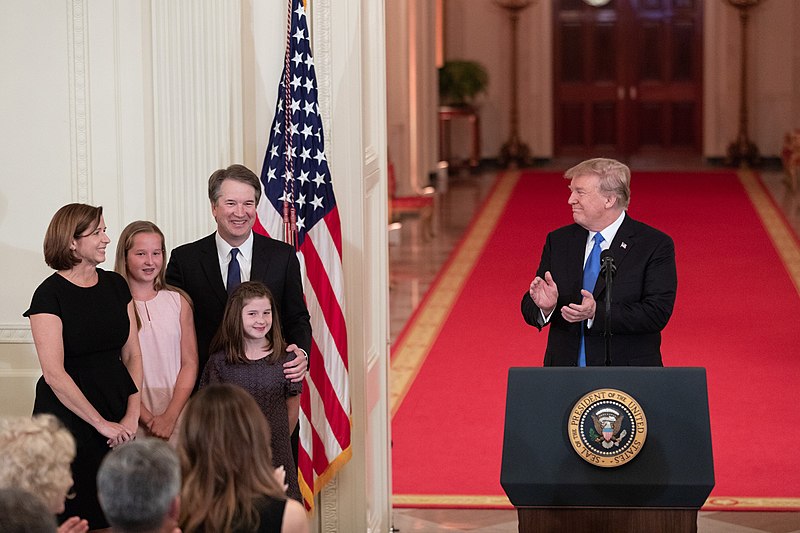 Many SDA students said they believe Dr. Christine Blasey Ford’s allegations against Supreme Court nominee Judge Brett Kavanaugh are not being taken seriously by politicians. “A person had an event in their life that has changed their life, and this man is still being considered for the Supreme Court to rule on laws about sexual assault, which he doesn’t even know the definition of,” junior Molly Buhaenko said.

Sophomore Caolinn Hukill shared similar views on what kind of person should be involved in the government: “If you do not have enough respect for women to not violate their basic rights…then you have no place in the justice system or current America for that matter.”

Consequently, some students hold reservations about the possibility of of Kavanaugh becoming a Supreme Court justice. “That would make me sick,” freshman Bibi Koeing said. “I don’t want someone like that to be in the government.”

For many students this issue extends beyond Kavanaugh and Ford into society, especially after a recent comment made by President Trump stating that today is a dangerous time for young boys due to claims of sexual assault. According to senior Agnes Lin, “That’s the most ridiculous thing I’ve ever heard…I think that the change in the world that’s happened with the Time’s Up movement has been very drastic…now because that change happened, the men who previously could hide behind whatever ‘men will be men’ and those types of things, no longer can and they’re not ready for it.”

The idea that “men will be men,” or alternatively “boys will be boys” is one that Buhaenko is familiar with. “It is a dangerous time for young boys now because they are being held accountable,” Buhaenko said. “The phrase ‘boys will be boys’ was passed around for decades and now it’s not a legitimate response anymore… It’s a time that will change western societal view on male authority, that they are not the authority.”