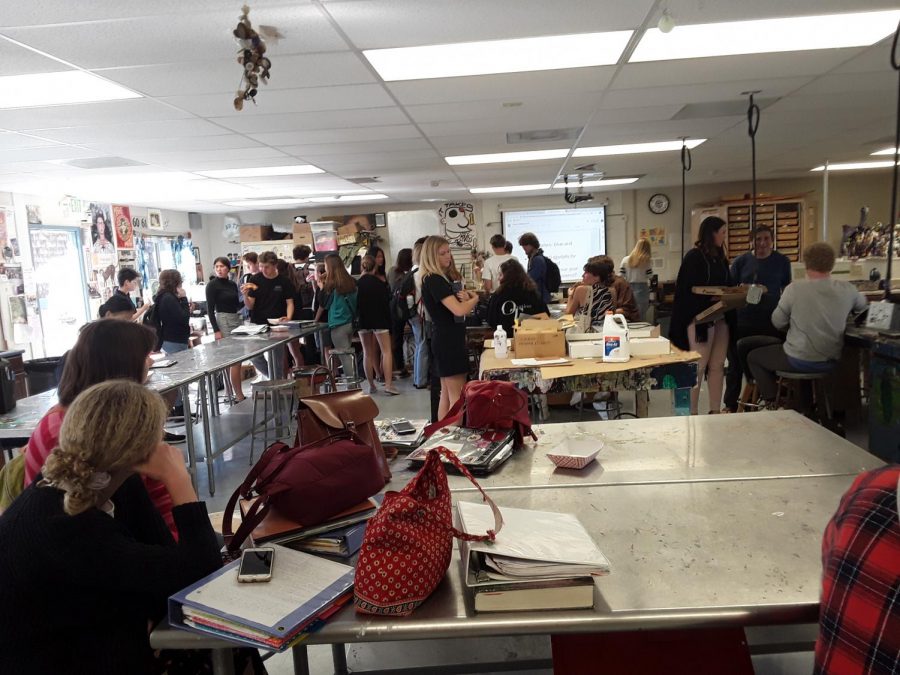 The second forum of the year is filled with discussions on mental health and a continuation of the last forum, discussing disconnect between staff and students.

Mental health, communication, and bike racks at the Forum

Mental health took a front seat at the Forum today after a student death at Canyon Crest Academy. There were also several other topics brought up such as improving student-teacher communication and how the bike rack was moved unexpectedly. Seniors Alexis Price and Zack Edwards facilitated the discussion.

In response to what happened at CCA, Principal Adam Camacho said, “There is a huge response from [the CCA] community and from the district as a whole.” He continued, “What our focus should be is that SDA has a great culture. We keep our students safe by connecting with them.”

When pressed further by a student about what happened, Camacho said, “I am aware of a student death at CCA, but I’m not authorized to say anything more. I wish I could quell the rumors, but I can’t.”

Students were also asked about ways they thought the school could improve mental health on campus. One student said, “I think we at least need one more counselor for sure. They are definitely overloaded; we’re not able to establish personal connections with them.” Another student, when called on, agreed and said, “Adding another counselor will help a lot with communication.”

Camacho later said, “There’s a lot of messaging about mental wellness, but there’s always opportunities to do more. High school is stressful but there needs to be communication.” With regards to the Forum as a whole he also said, “This is how ideas begin: listening to people we serve, which is you.”

In addition to improving communication, students also touched on improving things the school already does to address mental health awareness. One example that was brought up several times was how students believed the stress less day from earlier this school year didn’t have the intended effect. Senior Colin Gasperoni said, “Knowing it’s a stress less day and not following up sends a bad message.”

The final topic discussed was how the bike racks were moved with no prior notice to students. Senior Josh Tashoff said, “This location doesn’t really make sense. Nobody told any of us; It was just moved one day.” Tashoff also said, Last year it was in the grass near the bell tower, which worked perfectly.”