Staff Out: An Insider’s Perspective 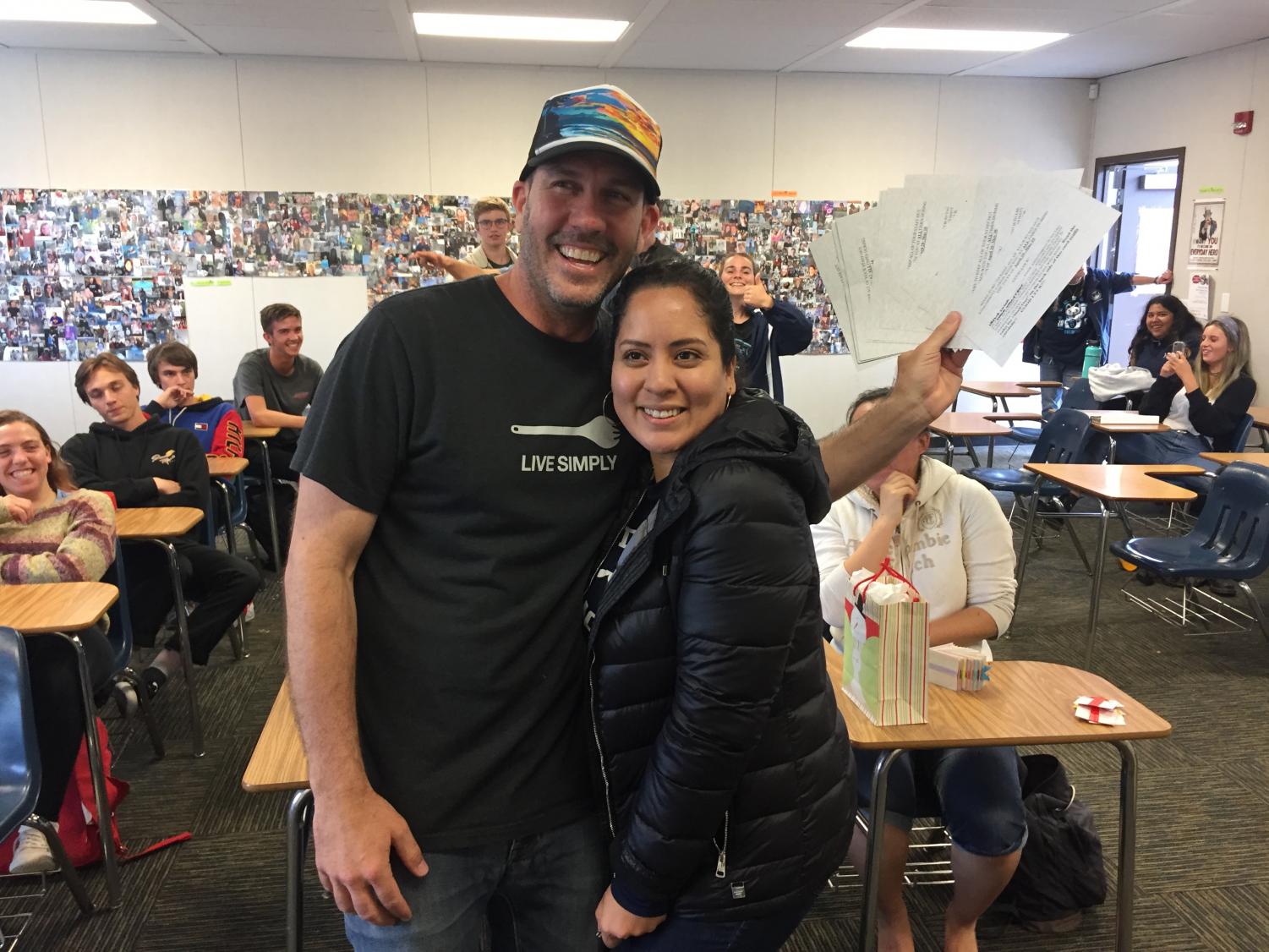 Staff Out: An Insider’s Perspective

Teachers and staff competed in Staff Out these past two weeks. Similar to the annual “Senior Out,” the objective was to tag their pre-selected target. The only way they could remain safe was being within five feet of another individual.

Amidst the paranoia, many participants chose to lock their doors, hide under their desks, and consult others to find information pertaining to their target’s whereabouts.

I was in the middle of this battle. Two teachers, psychology teacher James Hrzina and math teacher Darlene Blanchard, both tagged over seven other competitors as they approached the final three days. Both of them trusted me to be their “bodyguard,” or someone to remain by their side in case they were being hunted down. For this reason, Blanchard joined me during her prep-period to remain safe. I, however, was simultaneously helping Hrzina who was trying to tag Blanchard. Hrzina and I exchanged emails while I sat next to Blanchard.

The plan with Hrzina failed, but he devised another way to get her out: rush into her classroom at the end of lunch while students filed into her class. She was unaware that he entered the classroom, as he hid behind a taller student as they walked through the door. Once the students broke off, he sprinted toward her desk and got her out.

With Blanchard out, the only two competitors remaining at the beginning of today included Hrzina and administration secretary Leslie Luna. He shifted his focus to defense, where senior Ben Noon and I stayed after first period with him. Oddly, none of his homeroom students appeared during the passing period. Then, there was a knock on the door. Noon went to the door and opened it, seeing Luna right outside. Luna coordinated with the assistant principals to call out all his homeroom students so she had the opportunity to get him. After that, he locked himself into his room and peered out the window until she left.

For the remainder of the day, Hrzina played it safe. He ultimately won Staff Out during fourth period today. His prize: who knows. . .bragging rights?