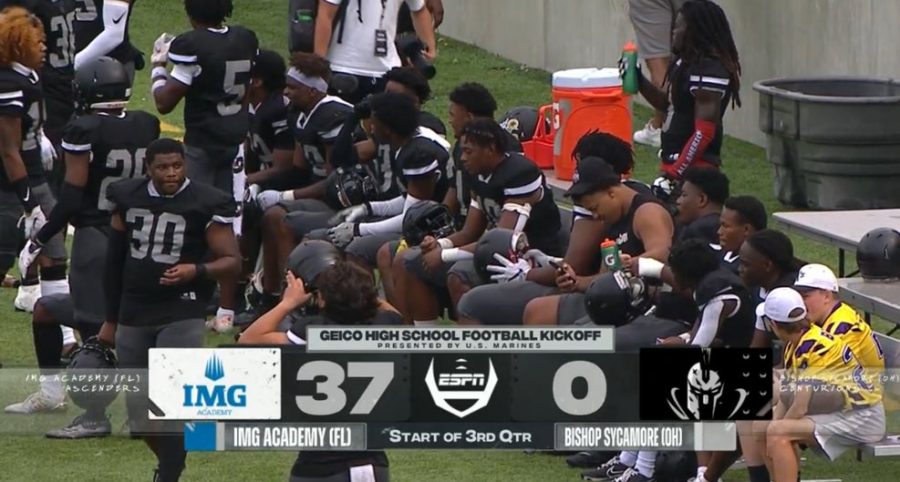 Bishop Sycamore players were broadcast on live TV during the game

Bishop Sycamore High School: the story of how a ‘fake’ high school played football on ESPN

If you look up Bishop Sycamore High School online, you will find that it lists itself as an online-only charter school in Columbus, Ohio. However that is all you will find. There is no address and blank “about us” and “staff directory” pages. And no, this is not some new age, alternative way of designing a website for a high school: Bishop Sycamore is indeed not real, at least for all legal purposes. The Ohio Department of Education does not have a school by that name in its records for the 2021-22 school year, nor does the Ohio High School Athletic Association or OHSAA. The Columbus City Schools, whom the school is supposed to file attendance records with, has no such files.

Fast forward to Sunday, August 29, 2021. ESPN viewers expected to watch a tight game between 2 high school football heavyweights. However, IMG Academy, ranked number 2 for football in the country by MaxPreps, shut out, or rather destroyed, Bishop Sycamore 58-0. Announcer Annish Shroff stated during the game, “Bishop Sycamore told us they had a number of Division I prospects on their roster, and to be frank, a lot of that, we could not verify. They did not show up in our database, they did not show up in the databases of other recruiting services.” What is worse is that Bishop Sycamore played just 2 days earlier against Pittsburgh area school Sto-Rox. They lost that game 19-7, and in football, where play is very physical and tiring, playing 2 games in 3 days with the same players is ridiculous and dangerous for the kids.

So how exactly did Bishop Sycamore end up on ESPN? The story is very deep. A group called Paragon Marketing was responsible for the blunder. Paragon has gotten over 700 High School sporting events on ESPN since 2002, but they were duped by Sycamore, who said that their team was full of elite, Division 1 talent. Indeed, Bishop Sycamore has 2 players with Division 1 offers: impressive, but not more than a high school like Torrey Pines would have, and certainly not like IMG. Background checks also show that most of the players on the roster were above the age of 18 and were either junior college dropouts or 5th year seniors.

More scandalous is the fact that head coach Roy Johnson had an active arrest warrant at the game. He has since been fired, but he is one of the main figures behind Sycamore’s founding. A player at the school, Aaron Boyd, who started at Sycamore in 2018 when it was still called COF Academy, revealed more disturbing details about the school during an interview. Boyd said that they moved the players into houses where they slept on the floor. He also noted how Sycamore players had to rob grocery stores and shoplift for food. He said there was no supervision and players often got into fights. Boyd noted how he was promised to be recruited, get noticed by big football schools, be on a Netflix program, and was given a false image of the school. It should also be noted that some players from the team have mentioned that they are indeed getting a proper education, although the school is not accredited.

Many viewers and even the announcers of the game were very confused on the 29th. But one thing is clear: Bishop Sycamore should not have been on national television, and frankly is more than just a joke. The exploitation of players that is going on is truly sickening, and it is not something that we should condone. 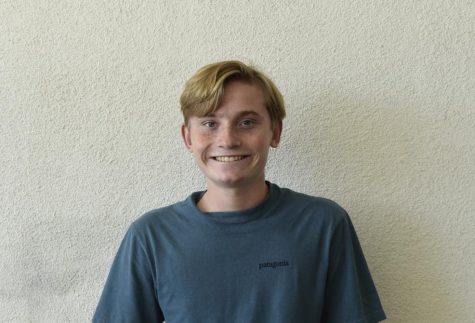