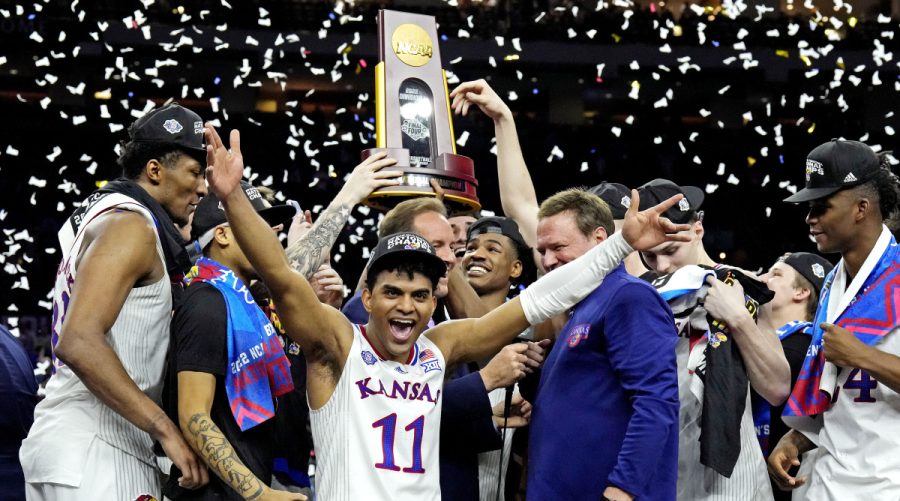 The Championship Trophy is hoisted for the victorious Kansas Jayhawks basketball team.

The NCAA Division I Men’s Basketball Tournament, commonly known as March Madness, is considered to be one of the most unique and unpredictable sports tournaments in the world, and this year certainly did not disappoint.

One of the biggest surprises of the earlier rounds of the tournament were the exits of three of the number one seeds in the Sweet 16 or earlier, with Gonzaga and Arizona exiting in the Sweet 16 and Baylor exiting in just the second round. However, the most notable story of the tournament was the surprising run of 15 seed Saint Peters, a college that no one expected anything of going into the tournament. The Peacocks scored three consecutive wins against high seeded teams to end up in the Elite 8, where they were soundly defeated by eight seed North Carolina.

The North Carolina team, which had also achieved some upsets, were propelled into the Final Four in what would end up being Duke coach Mike Kryzyweski’s final game, and also another rematch of the infamous UNC-Duke rivalry. The game which remained close throughout, ended up in a close win for North Carolina over Duke, bringing an end to Coach K’s storied career. Meanwhile, the other Final Four game was a blowout for Kansas over Villanova, resulting in a one seed Kansas versus eight seed North Carolina championship matchup.

The first half of the game started out steady, but ended in a complete domination by the North Carolina squad. After having the game tied at 22, North Carolina went on a 16-0 run and was up 15 at halftime. However, Kansas was not down for the count. Over the course of the second half, they methodically mounted a comeback that resulted in the game being tied at 50 and then again at 57 apiece with eight minutes left to play. Kansas took the lead until 1:41, with the remaining minutes of the game being the most tense of the whole tournament. Kansas forward David McCormack made a jumper to put Kansas up by three with 22 seconds left, and North Carolina missed its remaining shots, resulting in a 72-69 Kansas victory.

The 16-point comeback by Kansas is the largest in NCAA Men’s Basketball Championship history, and guard Ochai Agbaji won Most Outstanding Player of the Tournament. This championship victory marks the second March Madness championship for Kansas coach Bill Self, with the other being in 2008. 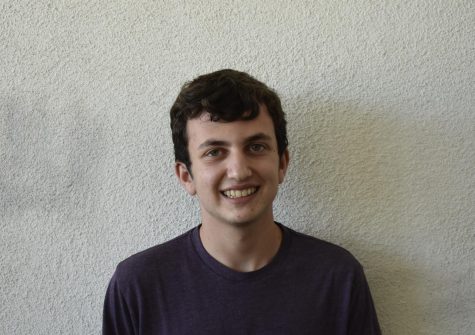 There's 10 types of people in this world: those who know binary, those who don't, and those who weren't expecting a ternary joke.