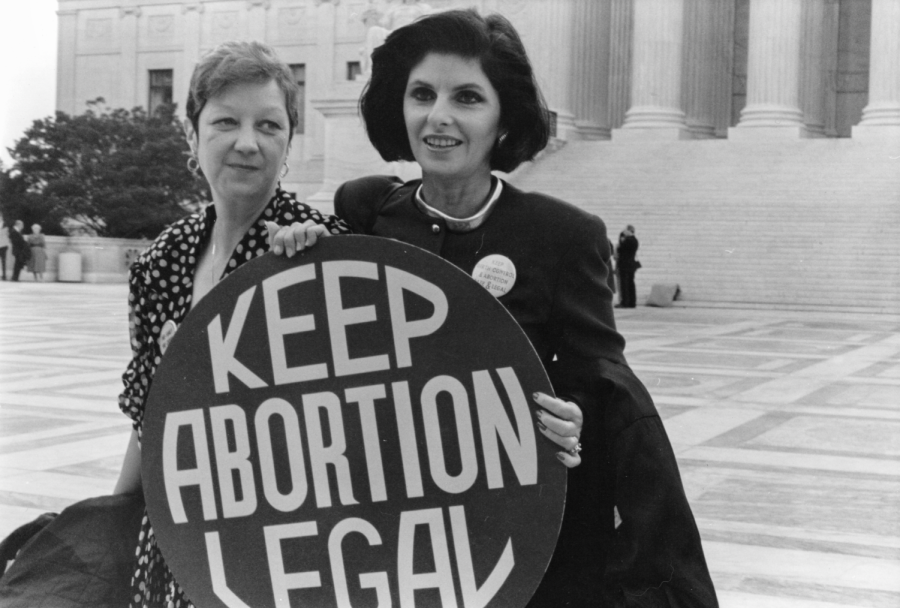 Norma McCorvey, left, who was Jane Roe in the 1973 Roe v. Wade case, with her attorney, Gloria Allred, outside the Supreme Court in April 1989, where the Court heard arguments in a case that could have overturned the Roe v. Wade decision. Courtesy of Lorie Shaull.

Roe vs. Wade to be overturned

On May 2nd, a draft majority opinion written by Supreme Court Justice Samual Alito was leaked. The opinion states that “…Roe and Casey must be overturned.”

Referring to the 1973 Supreme Court case Roe vs. Wade assures the federal constitutional protection of abortion rights. Casey refers to Planned Parenthood vs. Casey, a 1992 decision that cemented the precedent set in Roe vs. Wade.

According to Politico, the draft was circulating early in February. The final opinion has yet to be announced, and votes and language may alter before the formal release of the opinions. It is not expected that the opinion on this matter would be released until late June.

The document’s legitimacy was confirmed by the supreme court itself on Tuesday. The court also made it clear that this was not the final decision.

The court would reject Roe vs. Wade‘s ruling that there is a federal constitutional right to abortion, according to the text. The decision would be the most significant abortion decision in decades, and it would change the landscape of women’s reproductive health in the United States. Five of the justices appear to be in favor of overturning Roe.

If this decision is made, abortion availability will be severely restricted in wide parts of the South and Midwest, with almost half of the states poised to enact comprehensive abortion bans right away. The procedure could still be lawful in any state as it would be left up tp the state to decide the its legality.

Abortion restrictions often lead to dangerous, unregulated, illegal abortions. Women may receive an abortion from someone who is not following proper safety standards and does not have a license. In this case, women may die while undergoing this usually safe and regulated procedure.

This decision could have disastrous consequences for the safety and rights of women in the United States. With the possibility of further birth control restrictions following this event, many are worried for the future for women in the US.