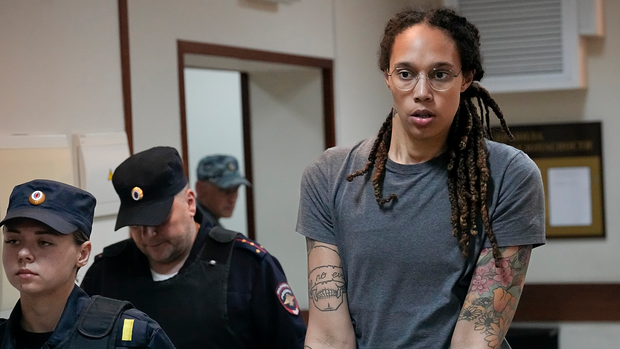 Brittney Griner, an American basketball player for the Phoenix Mercury, was detained when returning from Russia, where she plays for the club team UMMC Ekaterinburg during the WNBA off-season. While going through the Sheremetyevo Airport security, Griner was arrested for carrying vape cartridges containing cannabis oil, which is illegal in Russia.

During her trial in July, Griner pleaded guilty to drug smuggling, however, she claimed the offense to be “inadvertent.” Despite this, she was sentenced to nine years in prison, a punishment many feel is too harsh and lawyers claim to be “politically motivated”, according to the New York Times. A New York Times article quotes Griner from her trial: “I’ve been here almost eight months,” she said, “and people with more severe crimes have gotten less than what I was given,” making it clear that her punishment is unconventional, even for a country with such strict drug laws.

The US made an official claim that Griner was “wrongfully detained”, however, Russian officials have declined this statement and proceeded with her conviction.

In July, Griner hand-wrote a letter to President Biden in which she wrote “…please don’t forget about me…” After being detained in Russia for 10 months, the future of Brittney Griner remains uncertain. Griner’s wife, Cherelle Griner, voiced that she didn’t feel the US government was doing enough to bring Brittney back to the US, however, Biden stated, “my administration will continue to work tirelessly and pursue every possible avenue to bring Brittney and Paul Whelan home safely as soon as possible,” bringing some hope to the situation.

In November, the LA Times reported that Griner had been placed in the IK-2 penal colony, a labor camp in Mordovia. Prisons in this area are notoriously brutal, with long hours of forced labor and minimal breaks to eat and sleep.

An LA Times article from October states, “Washington has offered to exchange Griner and Whelan for Viktor Bout, a Russian arms dealer…” However, further information about an exchange was not released: until December 8th. After 10 months of imprisonment in Russia and much uncertainty, Brittney Griner has been brought home in exchange for the release of Viktor Bout.

Despite the positive news, some are already questioning the release of Viktor Bout, considering his history. Bout was accused of dealing arms to Al Qaeda, the Taliban, and Rwandan rebels. According to The New York Times, Bout has served less than half the prison time he was sentenced.

Unfortunately, Paul Whelan, a former US Marine, who has been imprisoned in Russia for four years, was not included in the exchange after all, but Griner’s team vowed they “would not stop advocating for the freedom of 13 other Americans wrongfully detained overseas,” according to an update from The New York Times.

The case also raises questions as to why an American basketball star would be playing in Russia in the first place. It is known that women’s sports in America receive far less attention than men’s, and there is financial evidence to support this. According to the New York Times, WNBA players make a maximum of $228,094 a year whereas NBA players make tens of millions a year. Griner’s case brings attention to the gender pay gap that is so evident in sports.   One of her teammates stated, “WNBA players need to be valued in their country and they won’t have to play overseas.”