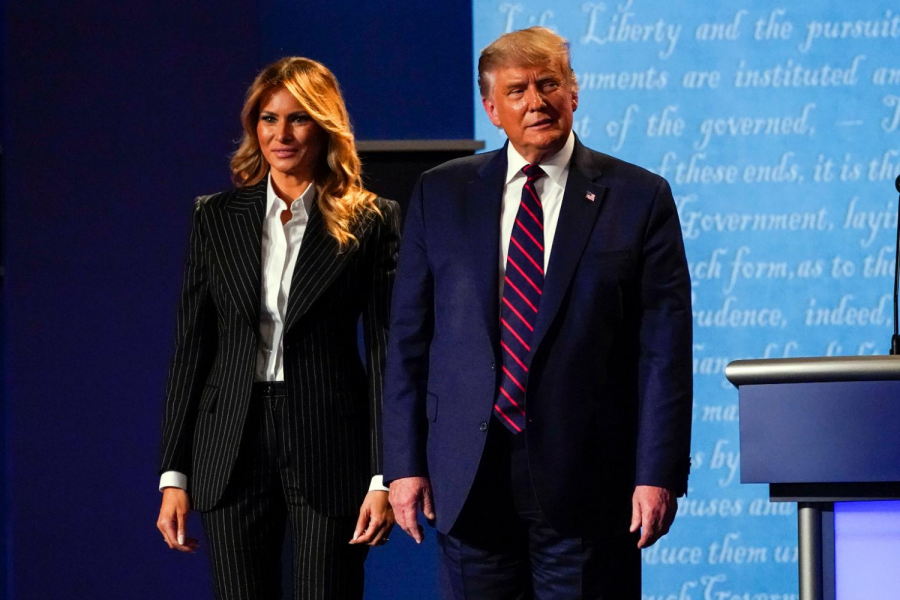 The White House announced early Friday morning that President Trump and First Lady Melania Trump have tested positive for Coronavirus. This shortly followed an announcement that they would quarantine after one of the President’s closest aides tested positive.

“Tonight, @FLOTUS and I tested positive for COVID-19. We will begin our quarantine and recovery process immediately. We will get through this TOGETHER!,” the president tweeted late Thursday.

White House advisor Hope Hicks tested positive for coronavirus and has been traveling with President Trump, including the first presidential debate in Cleveland on Tuesday.

After the White House was made aware of Hicks’ symptoms, Trump and his aides flew to attend a fundraiser and delivered a speech in New Jersey. Trump was in close contact with dozens of other people, including many campaign supporters.

Trump’s announcement comes with one month left until the U.S. presidential election. His adversaries have focused strongly on Trump’s handling of the coronavirus, which his opponent former Vice President Biden and others have criticized as slow off the mark and ineffective, which was debated in the first Presidential Debate on Tuesday.

“I don’t wear masks like him. Every time you see him, he’s got a mask,” Trump said of Biden on Tuesday. President’s own health experts say masks are highly recommended in the fight against the spread of coronavirus.