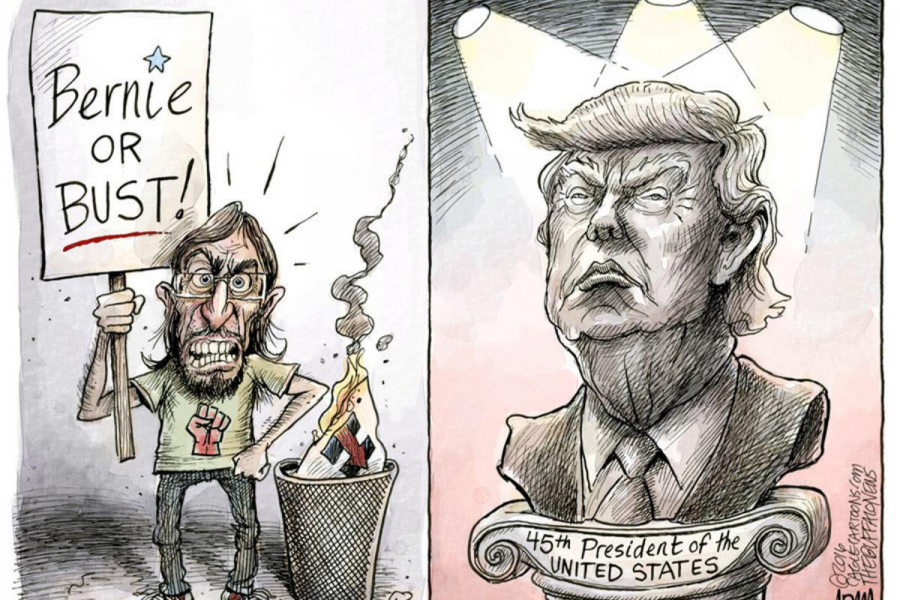 To all of you, who, in spite of everything that has happened over the past few months: from the catastrophic handling of the coronavirus pandemic, the crackdown on Black Lives Matter protesters, and the potential for the Supreme Court to flip conservative and thus roll back protections for marginalized communities, who still believe that the best option is to not vote Biden, I have only one thing to say — I get it.

I couldn’t disagree with you more, but I still get it. I too, wanted Bernie Sanders to win the primary, and I too, am not thrilled with the prospects of a Joe Biden presidency. Biden, as much as he is more preferable to Donald Trump, is still a relatively unimpressive neoliberal.  He is also not as progressive as I would like him to be. After years of America dealing with the same problems caused by neoliberal economic policy: stagnating wages for the average American, a woefully inadequate welfare state, the interests of trans-national corporations and wealthy donors holding significantly more influence than the average person, and a climate catastrophe just a few decades away, it’s tempting to look at the two options on the table. However, neither of them has the policy proposals to fix this system, rather they keep concluding that the system is broken butt and that there’s no point to fix it.

I wanted universal healthcare and free college tuition. Unfortunately,  we’re going to go under Biden. I want substantial campaign finance reform and wealth taxes substantial enough that billionaires won’t exist anymore. Biden got $380 million from billionaires in the last primary, so that’s probably not something we’ll get under him. I want the Drug War and the prison-industrial complex to melt away wicked witch-style. Biden doesn’t even support legalizing weed. So yeah, Biden isn’t my cup of tea. And it is really unfortunate, that, if you happen to live in, say, the Middle East, because these years are probably going to be hellish no matter who you vote for. And you know what, maybe if it was 2008 or 2012, and Biden was going up against a similarly dodding, centrist-leaning Republican like Romney or McCain, maybe I could forgive someone for not voting this time around.

But that’s not what’s at stake this time. What’s at stake is the democracy of this nation. Trump, at this point, has shown himself to almost certainly be some kind of fascist. With his pandering to and dog-whistling to full-on neo-Nazis, unsubstantiated attacks on vote-in mailing, his use of full-on secret police in cities like Portland, it is clear that he is more dangerous than any president before him. and that’s not even getting into the border camps. He is not only one of the worst presidents we’ve ever had, with an administration so corrupt, scandal-ridden, and openly incompetent it would almost be impressive if it wasn’t so terrifying, but also one of the most dangerous. If this is the direction that the Republican Party will be heading in, I don’t know how much longer we’ll be living in any kind of liberal democracy.

As well, with a Biden presidency, we can move him over on several issues. Democrats have a ⅔ chance of taking the Senate, and by the looks of things, the Squad is about to get a whole lot bigger. We have a serious progressive caucus in the White House for the first time in a very long time, a caucus that can help push things like ending the Drug War, campaign finance reform, and universal healthcare. We can get these concessions under Biden, in a way that we couldn’t under Trump.

Biden is leading at the moment. Recent polls by Nate Silver’s FiveThirtyEight reveal a nine-point percentage advantage, bigger than Obama had over McCain. If things go right, Biden could see a blowout election in his favor, not seen since Lyndon B Johnson obliterated Barry Goldwater in 1964. But just because the polls are in his favor doesn’t mean we should be complacent. Every single person who cares about the preservation of democracy in our country needs to vote and vote for Biden. Even if you don’t like him.