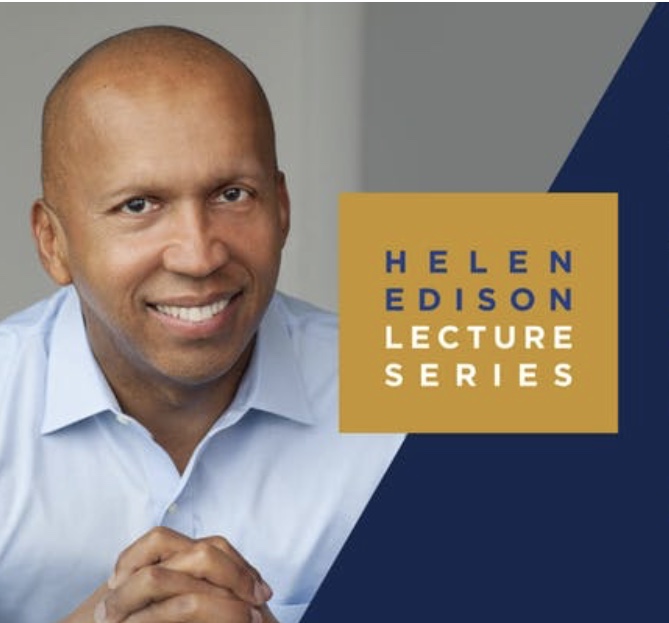 Yesterday, we got a day off of school for Martin Luther King day. It’s easy to focus on how nice it is to have a day to relax instead of remembering the reason behind it. But this year, take a moment to reflect. And then take action. Whatever you’re passionate about, whatever makes you angry, do something about it. “It’s not the world we want but it’s the world we have to fight in.”

That comes from Bryan Stevenson, a MacArthur Genius Grant recipient and lawyer who has worked to help exonerate people on death row and defend children and people with mental illnesses accused of crimes. His New York Times bestselling book “Just Mercy” details the stories of defending these people. He also founded an organization, the Equal Justice Initiative, which is dedicated to ending mass incarceration and racial and economic injustice.

As part of the UC San Diego Helen Edison Lecture Series,  Stevenson gave the lecture “American Injustice: Mercy, Humanity and Making a Difference” Thursday night. Instead of talking about the many issues and injustices in our society, Stevenson focused this lecture on four ways individuals can help change the world.

He first discussed the idea of “being proximate.” He explained the importance of actually getting close to oppressed and marginalized groups in order to better understand them and their struggles. It is difficult to know how to help people when you are unwilling to know them.

The next step was to “change narratives.” The narratives surrounding current and historical events shape how we view and understand them. Often, stories of fear and danger are used to justify inhumane actions. This is clear in both the past and present of America.

Martin Luther King, Jr. Day is a prime example of a narrative about the past. The story of the civil rights movement has been shortened and oversimplified so we can celebrate its accomplishments without acknowledging the hard work and struggles it took to improve the rights of people of color. Today, we recognize Dr. King as a universal hero. And he was an incredible and influential person. But he had to fight. People hated him and the work he was doing. He was murdered for trying to improve the lives of oppressed people. So it’s wonderful that we celebrate Dr. King. But when we oversimplify the civil rights movement, we detract from the sacrifices he made.

Stevenson argued that the great evil of slavery was not the involuntary servitude, but the narrative of white supremacy that justified it. And this narrative of white supremacy continues to influence American society today. Yet, unlike his examples of Germany and South Africa, which have faced their dark pasts, America continues to largely ignore the atrocities that were committed in order to build the country. “You can’t have reconciliation until you first have truth.” And we have yet to face the truth.

Stevenson also noted the importance of hope: “We cannot change the world if we allow ourselves to be hopeless.” Although it can be difficult to maintain faith when the current state of things may seem so bad, it’s necessary. Because “hope is our superpower” and “hopelessness is the enemy of justice.” Stevenson suggested learning what makes you hopeful and using those things as a reminder of the good in the world when you’re feeling down and hopeless.

Lastly, Stevenson emphasized the necessity of being willing to be in uncomfortable positions. Often, in order to truly make a change, you need to do things that are unpleasant. It’s not ideal. But it’s part of improving society.

So what should students do? Stevenson says that “we need you to be as smart and informed and capable as possible.” So keep working and keep learning. When you’re tired of school and everything feels like a useless waste of time, maintain hope and remember that what you do matters. And “don’t ever think that your grades are a measure of your capacity to change the world. Because they’re not.”