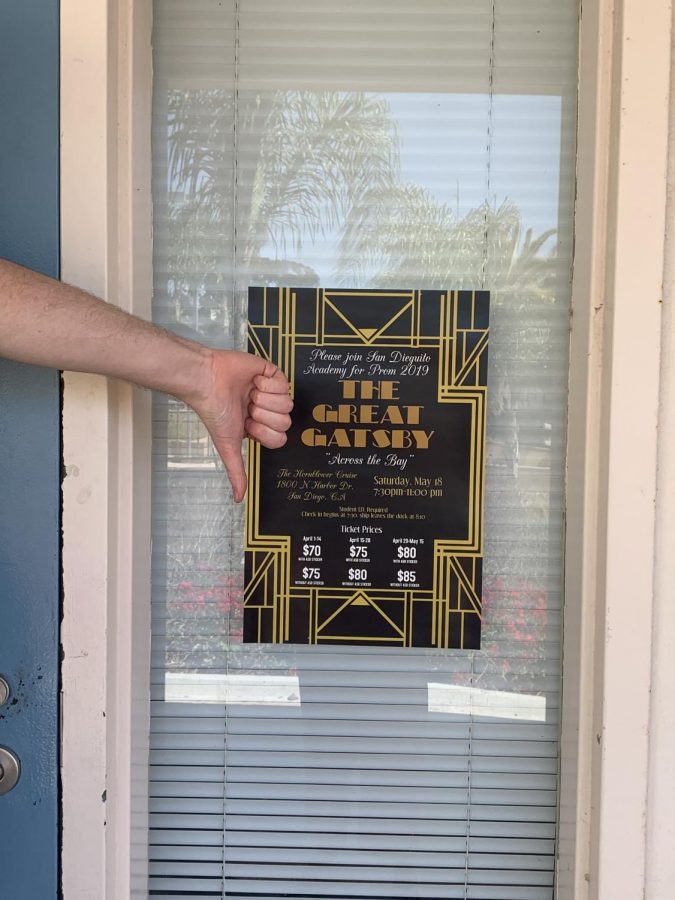 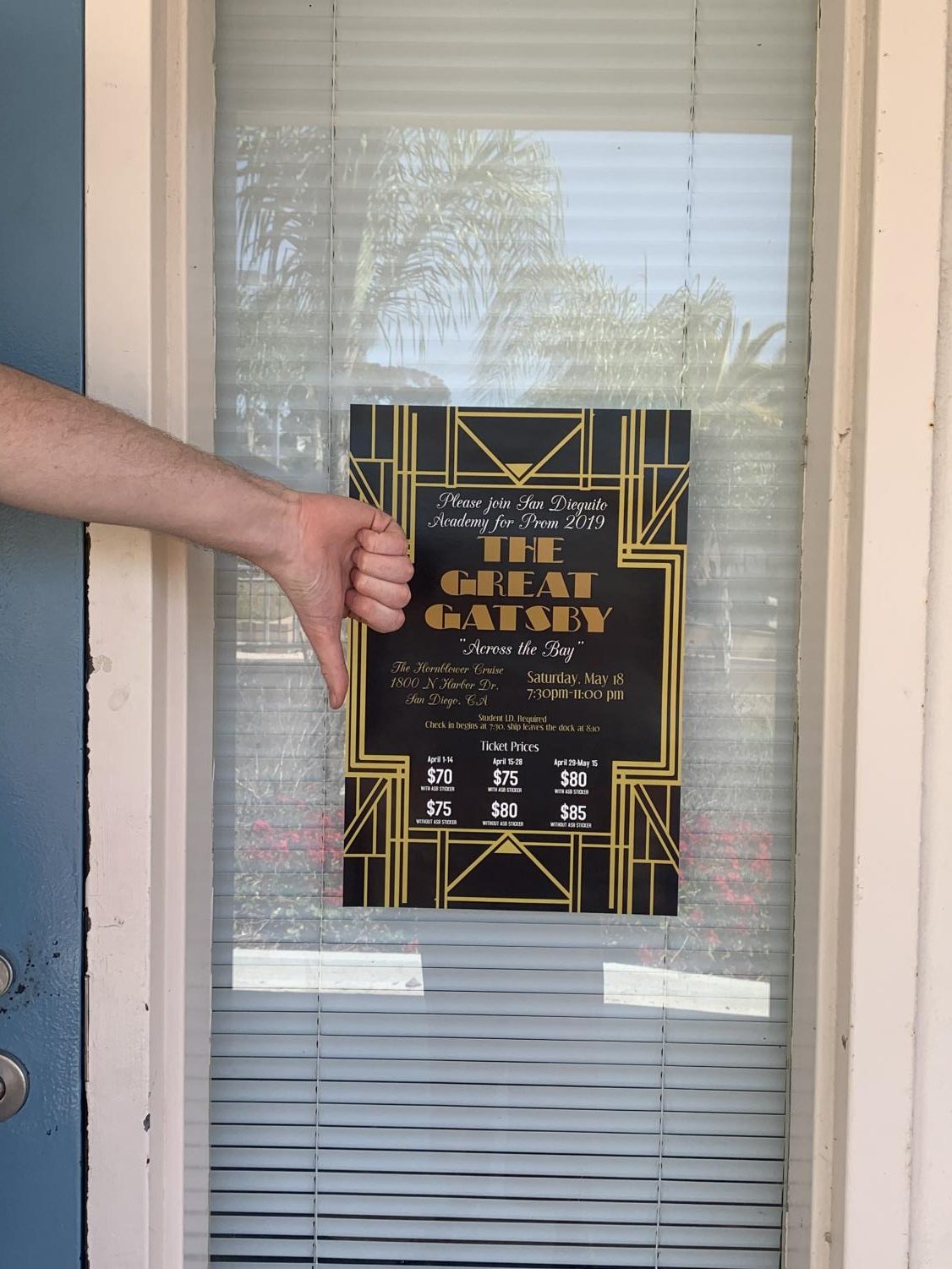 Tomorrow night is prom and unlike many of the people I know, I’m not going. I know, I know; this is my last year at this school and this is a once in a lifetime opportunity that everyone should go to right? Well, not exactly.

Let’s take a step back and look at how much of a dent an experience like this is going to make on your wallet. Ticket prices for ours in particular are anywhere from $70 to $85 depending on when you bought them and if you have an ASB sticker or not. This is a bit pricey, but somewhat reasonable for where the event is being held. However, there are a lot of other costs to factor in just for this one single night.

The theme for prom this year is “The Great Gatsby,” old sport! Cringe-worthy references aside, this means that there’s probably going to be a lot of people going all out on attire. Between getting a fancy suit or dress, shoes, renting a bus or other sort of transportation, and possibly buying a meal somewhere, the costs can rack up very quickly into the hundreds of dollars.

This begs the question of whether Prom is really for everyone anymore, or if it even ever has been. Some schools still pick a Prom King and Queen, which is essentially just a popularity contest and often leaves out LGBTQ+ couples. Luckily, SDA doesn’t suffer from this problem specifically because there simply isn’t a Prom King or Queen for this exact reason. However, many high schools still continue with this outdated tradition and it’s unavoidable for people to try and show off their status through the amount of money they throw at superficial things such as their appearance.

Prom is supposed to be this grand special occasion for everyone, but is it really that special? Think about it; you’re going to be trapped on a boat for several hours with a lot of other people with no means of escape. If you’re like me, then this combined with loud music sounds like a very unpleasant experience overall.

Wouldn’t it be more special if you went on a date with someone just one on one at a nice restaurant or something? Anyways, you should probably take this advice with a grain of salt since I don’t exactly have experience in this area of life, but I still think it’s sound advice.

At this point, you may be thinking, “Yeah, but Prom is a tradition and a rite of passage. I have to do this!” As Colonel Potter from M*A*S*H would say, that’s horse hockey. If you step back and examine what a rite of passage is, then you might begin to realize that it’s usually just a phrase to justify doing something that would otherwise be viewed as misguided or unnecessary.

I was pressured by both friends and family to go, and was only able to stop them from their constant comments about it being a “rite of passage” and a “once in a lifetime experience” after repeatedly refusing to do so.

If there’s one thing I want anyone to take away from this is that you shouldn’t let other people dictate your actions or pressure you into doing something you really don’t want to do. So, if you are planning on going to Prom, I hope you have an enjoyable and safe time, but if you’re one of the ones not going, just know that you’re probably not missing much and it’s not the end of the world.