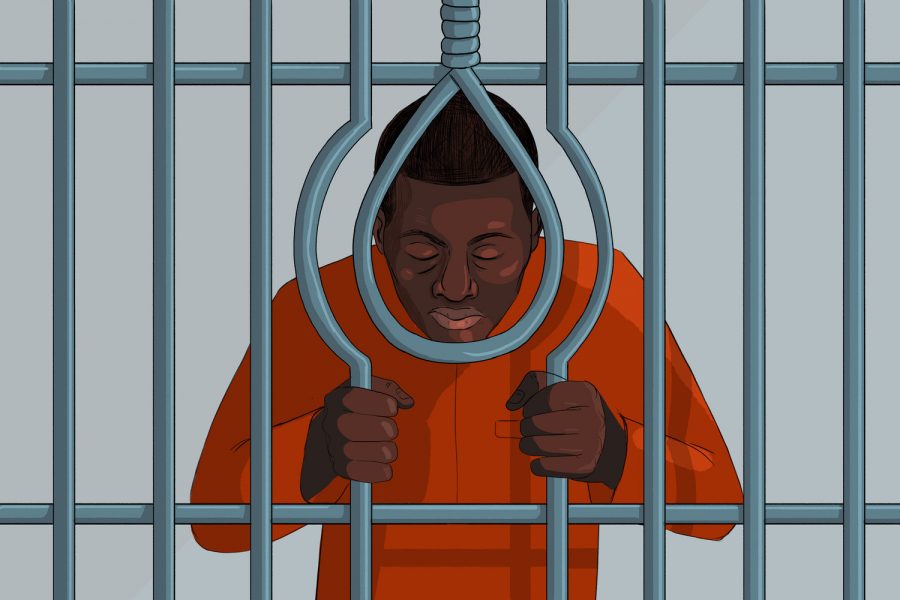 It’s time that we abolished the death penalty

A large issue with the death penalty in the United States is that the justice system isn’t perfect; mistakes have been made and, due to the death penalty, innocent lives have been lost. There have been 312 DNA exonerations in the United States alone since the use of forensic testing started. An average of 3.5 wrongly convicted death-row prisoners has been exonerated each year since 1973, peaking at 7.6 per year between 1999 and 2004.

According to the National Academy of Sciences, 4% of death row inmates are innocent. Since 1973, more than 170 people have been released from death row with evidence of their innocence. (Staff Report, House Judiciary Subcommittee on Civil & Constitutional Rights, 1993, with updates by DPIC).

The case of Joe Arridy is a prime example of the justice system failing and innocent suffering. Known as “the happiest man on Death Row,” Arridy was determined to have an IQ of 46 and the intellect of a six-year-old. He was executed at age 23 for the murder of Dorothy Drain, even though another suspect had already been implicated for the crime.

During his court questioning, Arridy didn’t know who Frank Aguilar, his supposed partner-in-crime, or Dorothy Drain was. He could not even identify the then president, President Franklin D. Roosevelt, in a picture. He did not even know why he was in court or what a hatchet was, which was the murder weapon.

He was still sentenced to the death penalty and died in 1939. In 2011, he was posthumously pardoned by the governor of Colorado.

In 2002, the Supreme Court held in Atkins v. Virginia that it is unconstitutional to execute defendants with ‘mental retardation.’

Moreover, according to a survey of the former and present presidents of the United States’ top academic criminological societies, 88% of these experts rejected the idea that the death penalty acts as a deterrent to murder. A 2012 report by the National Research Council stated that studies claiming that the death penalty has a deterrent effect on murder rates are “fundamentally flawed” and should not be used when making policy decisions.

However, there is the argument that taxpayers should not have to pay for the life-sentence of a violent offender who would otherwise be executed. However, this argument is unfounded, for carrying out the death sentence is actually more expensive than paying for a prisoner to serve out a life sentence. The average cost of the death penalty in California is $308 million per case which is up to ten times more than the cost of life behind bars.

Enforcing the death penalty costs Florida $51 million a year above what it would cost to punish all first-degree murderers with life in prison without parole, according to the Palm Beach Post. In Texas, a death penalty case costs an average of $2.3 million, about three times the cost of imprisoning someone in a single cell at the highest security level for 40 years, according to a report by Dallas Morning News.

These procedures are not even full-proof. Consider the process of administering a lethal injection: first, an anesthetic is administered to the inmate, putting them to sleep. A paralytic follows that to stop any movement. The third injection is a drug that induces cardiac arrest, ultimately killing the inmate.

If the inmate is not completely unconscious from the first drug administration, the introduction of the second can be horrifying as one is awake, but unable to move, breathe, or communicate. The third injection has been said to feel like fire being poured into one’s veins, according to the Court for the Southern District of Ohio Eastern Division.

Former Federal Judge Alex Kozinski of the US Court of Appeals has suggested firing squad and guillotine as more humane methods of execution, claiming that lethal injection is just a way of lying to ourselves and that it is actually brutal.

Many different methods have been used in the United States to kill death row inmates. However, none have been very merciful.

Recently, many death penalty cases have come under fire, including Brandon Bernard, who was executed by lethal injection on Dec. 10. Bernard was 40 at the time of his death, but he was only 18 at the time. High-profile figures such as Reverend Jesse Jackson and Kim Kardashian West advocated against his execution.

It wasn’t until 2018 that his legal team learned that the trial prosecutor withheld information from the defense in his case. The alleged violation was the claim of appeals and changed the minds of five out of the nine living jurors who sentenced him to death, according to the court. Nonetheless, the appeals of his legal team were unfortunately unsuccessful, and he was executed.

Systematic racism is prevalent in the justice system, especially in death penalty cases. Jurors in Washington state are three times more likely to recommend a death sentence for a black defendant than for a white defendant in a similar issue.

Overall, racial discrimination is extremely pervasive in the United States. In 96% of states where there have been reviews of race and the death penalty, there was a pattern of either race-of-victim or race-of-defendant discrimination or both, according to Dr. Baldus’s report to the ABA.

The morality of capital punishment, however, debated, must be examined. Many people are unaware of the truth of the matter, blissfully ignorant. While ignorance may be bliss, it is crucial to understand theUnited States’ justice systems and appraise its agreement with the nation’s supposed values.