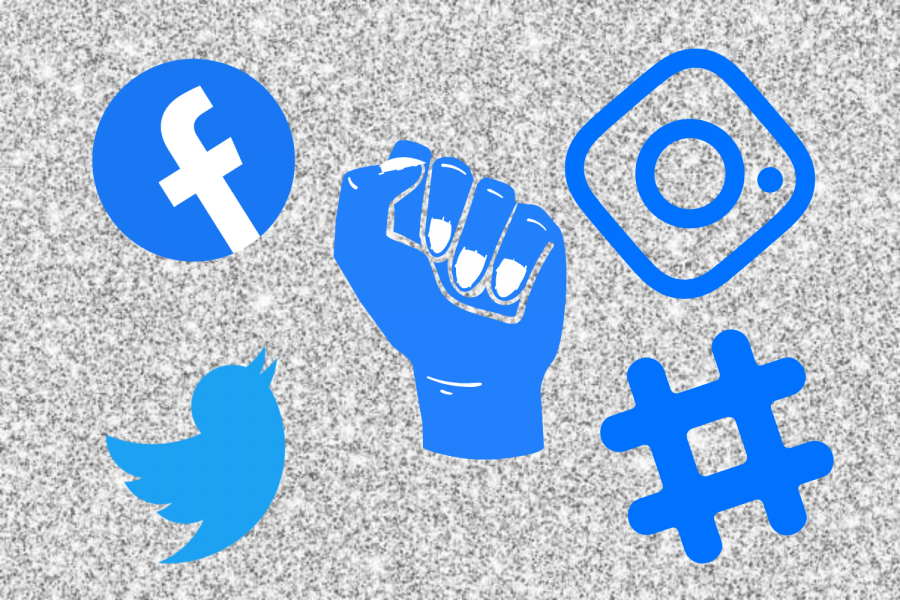 Our country is in one of the most charged and divided states it’s ever been in. From the pandemic and an economic recession to protests and riots to one of the most inflammatory elections of all time, this past year was one full of strife and difficulty and change and connectivity. And through it all, there was one trend fueling this new era of social and political awareness: social media activism.

Americans have become used to this new method of activism, one that can connect people of all backgrounds and mitigate the weaknesses of in-person activism, such as outreach and participation. Social media seems like the perfect way to unite people on the issues that matter most. Millions of people already use apps like Twitter, Instagram, Facebook, and Snapchat, so why not put them to good use, coordinate change, and spread awareness to important issues? However, there are a few key problems that keep social media activism from being fully effective and, in some cases, actually make it less so.

Let’s start with the first problem with social media activism. Oftentimes, controversy and outrage spring new “initiatives” and “movements” with dubious origins. For instance, following the massive fires in the Amazon, several Instagram accounts claiming to donate “$1 for every like ” appeared overnight, which went viral and gained millions of likes and shares.

However, according to the AP, these accounts were fake and lied to get likes and followers. We have to be careful about what we share and like, because these accounts, under the guise of “charitable organizations,” move attention away from people trying to help. Additionally, they lead to a loss of interest over time, since people like and move on, feeling they have done their part, when in reality that “like” did nothing at all.

Another key problem with social media activism is “information overload.” I’m sure that most people are familiar with the repostable infographics and threads that are everywhere online right now.

It seems like every week, there’s a new problem or crisis that goes viral, and with it comes a crop of new posts promising to educate us on how other people need our help. There have been posts about frontline healthcare workers in America, threads about the oppressed Uyghur Muslims in China, videos of the bushfires in Australia, infographics about deforestation in the Amazon, and campaigns to save the melting ice caps and polar bears in Antarctica, just to name a few.

These are all massively important issues; make no mistake. So why does it seem like they surge into the public eye for a few weeks, only to drift back out into irrelevance as quickly as they arose?

One reason for that ebb and flow is that the unlimited access that we have to information keeps us from getting involved in issues on a deeper level in this age of technology. In other words, there are so many different things that we read about that it becomes difficult to really “care” about anything.

It’s much easier to like and share a post from an animal shelter than to volunteer there or give one of the dogs a new home or share a post about coral bleaching in Australia than it is to send them funding to pay for new supplies or tools. As a result, charitable organizations often scrape by with meager funding and few, albeit dedicated, volunteers, even if they are in the midst of a social media firestorm. In the end, our “minimal effort” leads to a “minimal impact” on issues that actually matter.

It’s easy to give in to the temptation of taking the easy route. I won’t deny it. In fact, I’ll be the first to admit it. Just pressing “Share” and moving on is an easy way to feel good about yourself, even though you aren’t really doing anything.

For example, along with over 28 million other people, I posted a black square on Instagram earlier this year in support of “Blackout Tuesday.” The squares were meant to show solidarity with the BIPOC community following the killing of George Floyd. They were supposed to be a profound gesture of unity. Instead, they ended up being a profound nuisance to the activists trying to make real change, clog up communication lines, and confuse people. Hashtags like #Blacklivesmatter and #BLM changed from valuable areas of information and exchange to a sea of black squares in a matter of hours.

It was all but impossible to make discussion or answer questions about the BLM movement. The “easy route” ended up doing more harm than good. But since when has activism been a simple task? If solving problems like world hunger and climate change were as easy as talking about them on Instagram, they wouldn’t be problems anymore.

No, these issues require much more action than that. There’s a lot more to equality and justice than posting a black square. We should accept the challenge that these problems bring, embrace it even, and strive to make tangible changes in our communities, changes that will have a meaningful impact.

So next time, instead of reposting a thread about climate change and forgetting about it, why not pick up trash in your community afterward, or learn about how our local government is working to reduce emissions? What about making food at a homeless shelter after sharing a photo about it? To truly make a difference, we can’t stop at just liking and sharing; take the extra step, and start being the change you want to see in the world.