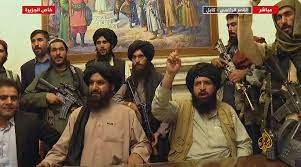 Opinion: The Taliban have retaken Afghanistan

Why this is a problem

The Taliban, an Islamic extremist group in Afghanistan, are infamous for harboring terrorists involved in the orchestration of the 9/11 attacks. They have been also known to behead those they deem to be enemies on video to post on the internet.

The Taliban subscribe to a strict form of the Islamic religion and have attempted to enforce rules of Sharia law. What is especially concerning is how these laws restrict women. These regulations for women include being unable to work or get an education, having to wear a hijab, and not being able to go outside without a male relative.

An Afghani woman had the top of her finger chopped off in October 1996 after putting nail polish on her hands. In December 1996, a woman was jailed and charged with breaking the sharia rule regarding clothing, according to Radio Sharia. She was beaten for her crime.

The Taliban have not been in power in Afghanistan since 2001. However, they have now taken over most of the country, including its second-largest city, Kandahar. With their rise and their rule expanding, many are rightfully worried. With the Taliban’s violent history, especially against women and dissidents, many could be harmed in this takeover.

Taliban officials have promised to respect women’s rights within Islamic law and not take revenge against old enemies. Unfortunately, these promises have not been kept. According to the New York Post, Taliban officials in certain regions have ordered women 15 years to 40 years of age to marry Taliban fighters.

It seems that rather than legitimizing themselves as a government, the Taliban have become even more extreme since their original rule. Perhaps they were influenced by the virtual slavery of women by fellow Islamic extremist group ISIS in Iraq and Syria.

The Taliban wishes to be seen as a legitimate regime, perhaps to join the United Nations and receive benefits. This is not impossible; however, they must take a sharp turn from the route they are on now, the same one that they have followed since the 90s.

Countries around the world, especially members of the United Nations, have called for the Taliban to respect what have been deemed to be universal rights for women. Even fellow countries under Islamic rule have made strides in advancing the rights of women in their countries in recent years. Saudi Arabia, for instance, began letting women drive in 2018 after pressure within the kingdom and around the world.