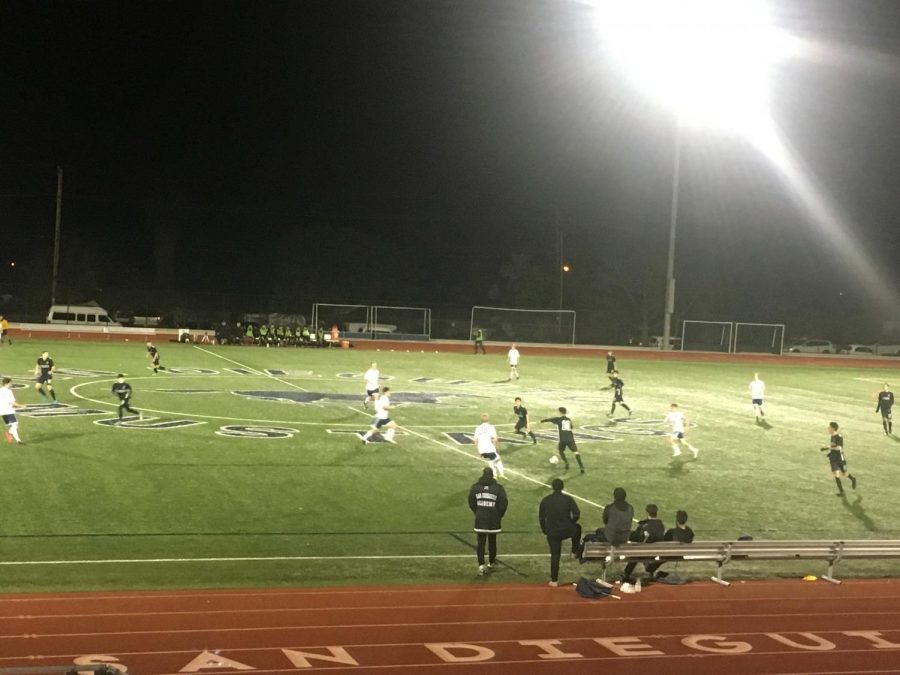 Boys Soccer vs. Oceanside Ends In Another Tie 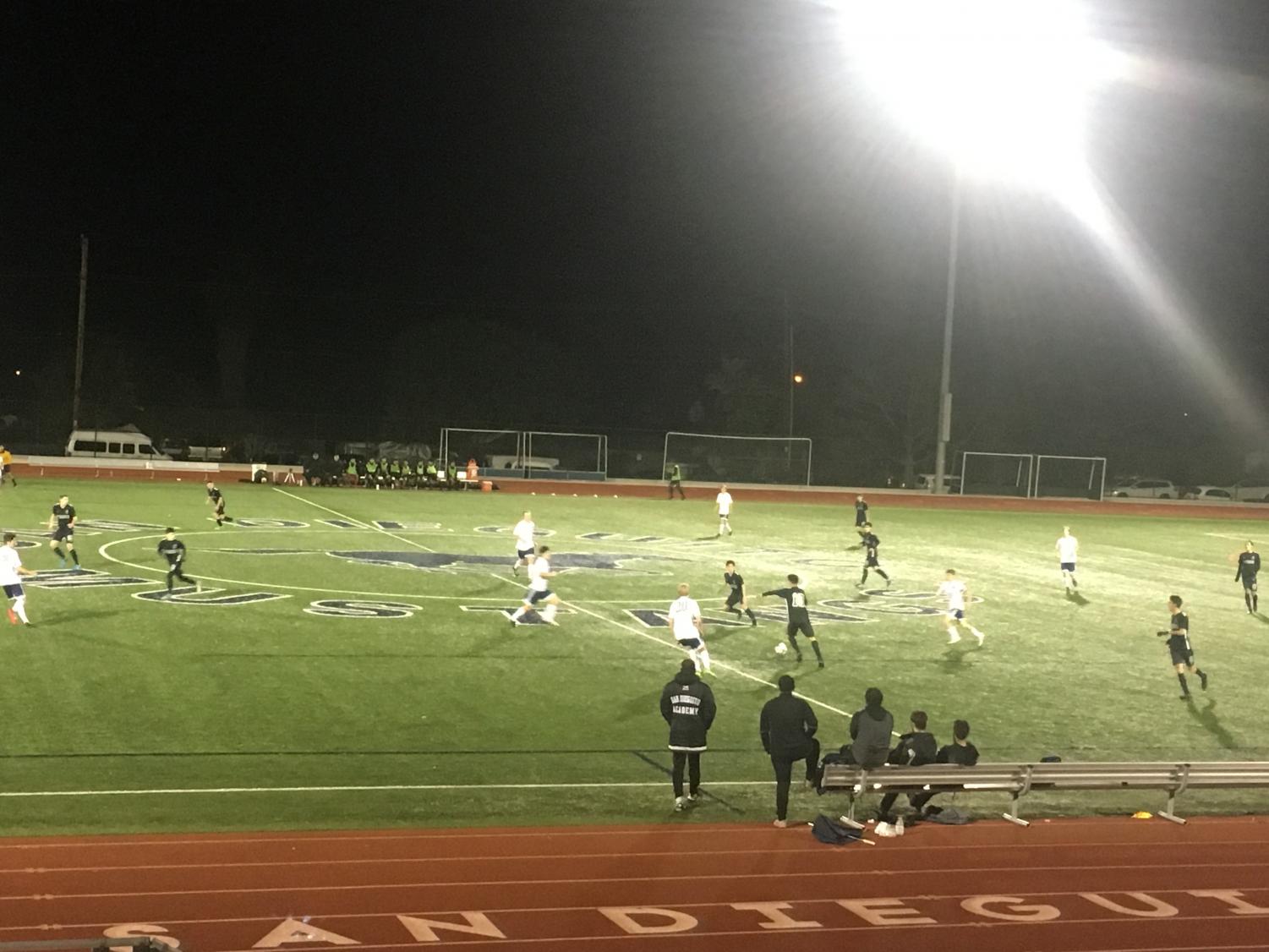 Boys Soccer vs. Oceanside Ends In Another Tie

With a free kick far outside the 18 yard box, junior Liam Horan lofted the ball over the goalkeeper’s head. That netted the first goal in a 1-1 tie for the Mustangs against the Oceanside Pirates Wednesday. It was the fourth tie of the season for the Mustangs which put them at a record of 2-4-4.

“We played strong the first half and then dropped off in the second half. But we ended strong,” Horan said.

Midway through the first half, the Mustangs pressured the Pirate defense threatening to score a second goal. The Pirates were determined to disrupt the Mustang’s momentum and stop them from taking a shot, but a slide tackle from behind resulted in a penalty kick for SDA. Senior Noah Bussell took the kick, but a long dive by the Pirates goalkeeper saved the shot.

Scoreless, the Pirates knew they had to pick up the pace. With less than two minutes left in the half, Oceanside split the Mustang defense with a low shot that tied the score at 1-1.

Oceanside jumped into the second half still building off the momentum of their last goal. Seven minutes into the half, SDA’s goalkeeper David Schlesinger, senior, faced a one on one situation with the Oceanside forward. Schlesinger cut off the forwards angle, forcing his shot to fall outside the goal frame and keeping the scoreline even. Schlesinger proceeded to save three more shots that half which came from one on one situations between himself and the Oceanside offense.

The beginning of the second half consisted of strong possession by Oceanside, but the Mustang defense held fast throughout the entirety of the match.

The Mustangs threatened to score late in the game, taking long-range shots from outside the 18-yard mark which just missed the goal frame.

“We’re going to work more on shooting,” said Assistant Coach Charles Lawrence. “No matter how good we play if we never take a shot we don’t have a chance. I think this is one of our downfalls, we are not taking enough shots.”

Despite both teams having numerous free kicks near the goal, neither managed to secure a goal and the game concluded with a 1-1 tie.

The Mustangs were scheduled to play Mission Hills Friday.