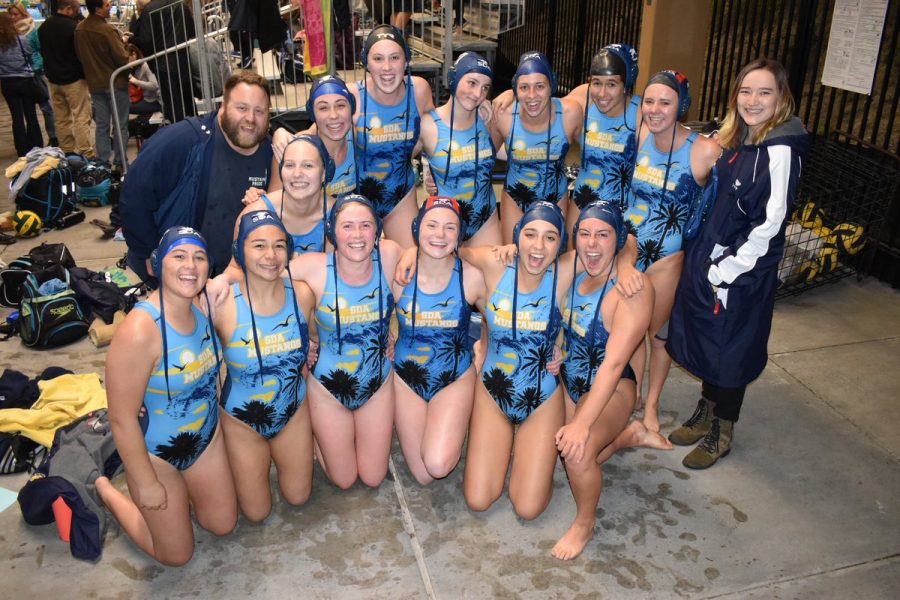 SDA took on LCC in a girl’s varsity water polo game which started off as a close match until SDA picked up the pace and ended with a three-goal lead Wednesday.

Within minutes, sophomore Siona Rector shot and scored the first goal of the game against LCC giving SDA a 1-0 lead by the end of the first quarter. Going into the second quarter, Rector was on a roll and finished another goal giving SDA a 2-0 lead. LCC was hectic and took a shot where the goalie, senior Lily Kreps, made an excellent save securing the lead for SDA. Rector, not ready to give up, received a pass from junior Julia Mendoza, where she finished yet another goal.

The SDA Varsity team took home the win beating LCC with a final score of 7-4.

The Mustangs face academy rivals, CCA, in their last league game today at 7:30 at Alga Norte.