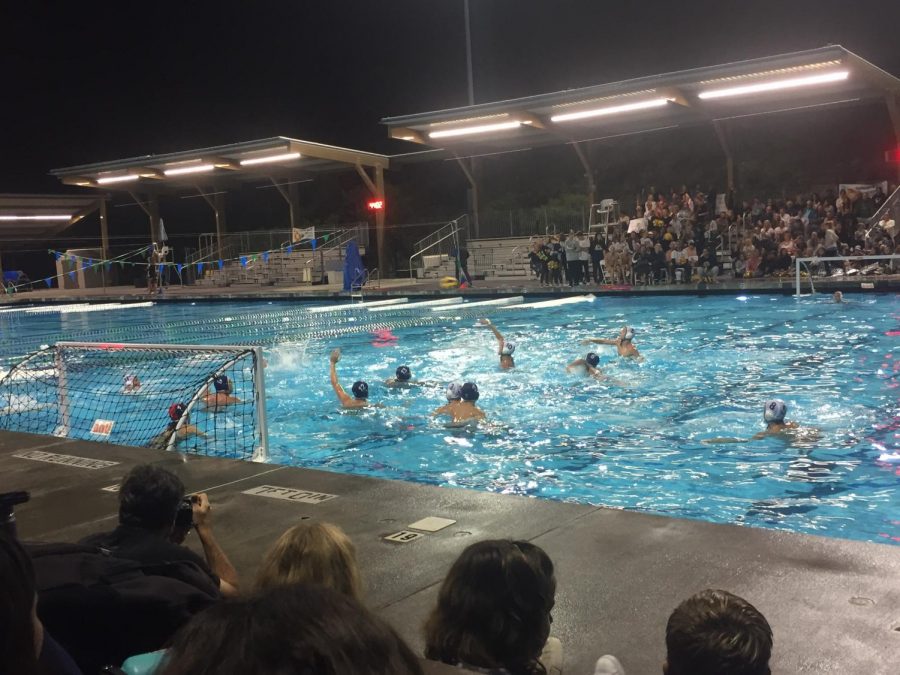 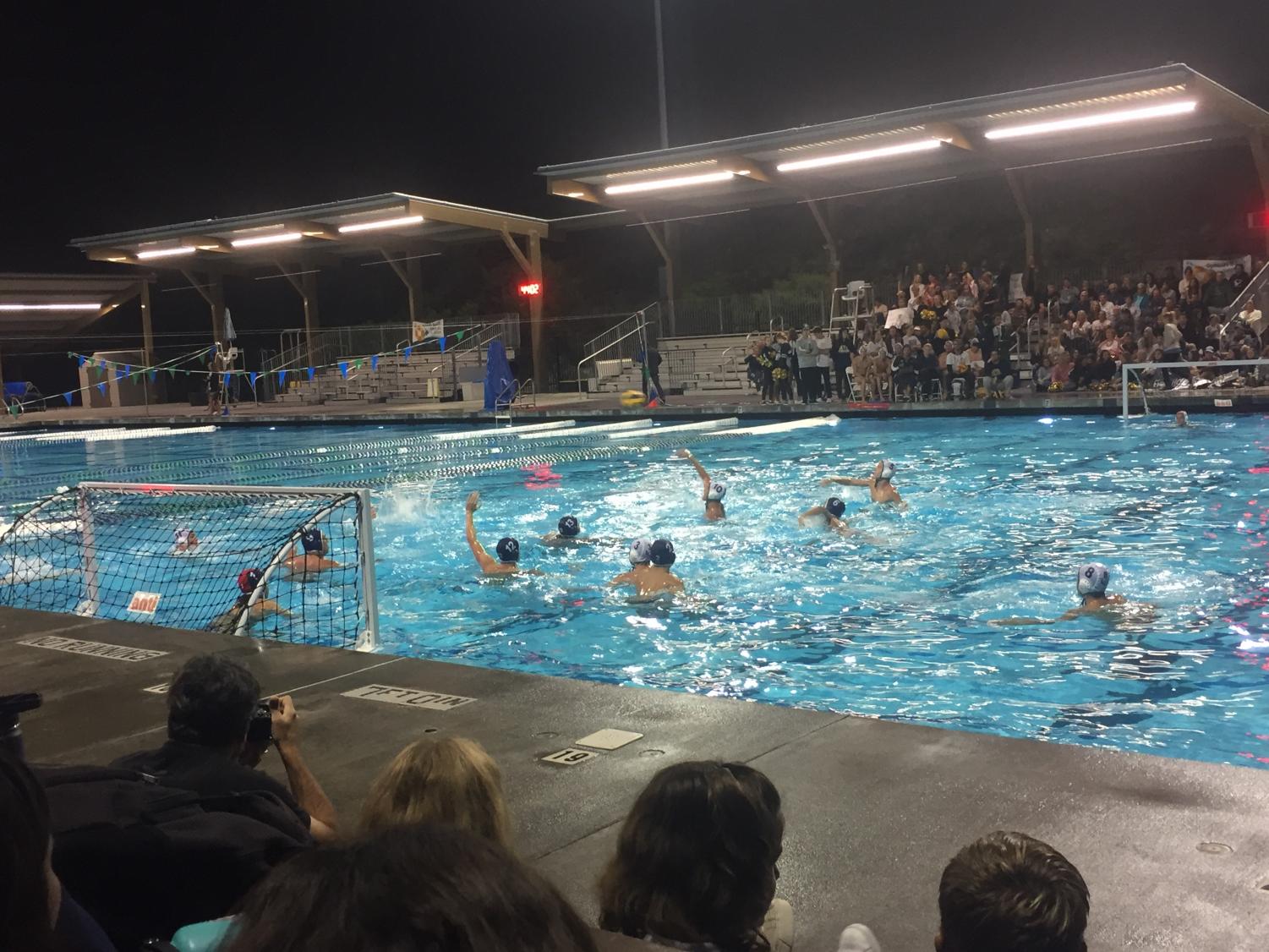 Non-stop energy. Thunderous roars from the fans in the stands. One of the highest intensity games of the season. The SDA boys water polo team brought the speed and tenacity for their home game against LCC last night, falling short by just one goal in a 9 to 8 loss.

The crosstown rivalry only grew throughout the game as the crowd chanted “LCC” and “SDA” in fan faceoffs. Mavericks brought the cheerleaders and pom poms. Mustangs brought half the student population and banners. Despite a tough defeat, the Mustangs improved their game since the tough loss in their scrimmage against LCC a few weeks back.

The first quarter started off with a accidental own goal from SDA, followed by another goal by LCC. Senior Josh Hutton kicked off the goals for the Mustangs with a shot to the top left corner from half court. The Mavericks scored a few minutes later, but not without retaliation from the Mustangs. Senior Matthew Gensler and Junior Eli Anderson added one goal each to tie up the scoreboard, ending the first quarter 3 to 3.

Winning the first sprint, senior Ryan Schumate brought the intensity for the Mustangs to kick off the second quarter. A minute into the quarter, LCC stole the ball for a quick counter down the quarter, to score a goal with a hard skip shot. Gensler responded with a goal from half court just 18 seconds later. Junior Jude Irons added to the Mustang’s score with a shot from set position that blazed right under LCC’s guard and into the net. Senior and goalie Dylan Herrara’s three saves throughout the quarter set off a slew of feet-stomping applause and cheers, keeping up the fire of the fans. With 36 seconds left in the quarter LCC scored, followed by an ejection of one of their players. In a fast 5 v 6 set up, senior Evan Miller scored a goal in the last 8 seconds of the quarter, finishing the half for the Mustangs with a 6 to 5 lead.

Swimming fast, captain and senior Evan Butler won the the sprint for a pass back to Schumate to begin the third quarter of the game. Schumate began the ejections for the quarter, resulting in a shot from LCC and save from Herrara. Minutes later, Hutton had a shot only to bounce back into the mix of players where Irons took a chance of the game. Another Mustang moment came with three minutes left in the quarter, as Schumate and Irons had a steal from LCC’s set. 20 seconds later, Anderson sent a pass to Hutton from the outside, which resulted in another goal for the Mustangs. A head butt into Sophomore Michael Wieland resulted in LCC’s first ejection of the quarter, and Gensler capitalized on the opportunity with another goal. However, LCC scored two more goals in the last two minutes of the quarter, tying the game 8 to 8.

With just seven minutes left in the cross town rivalry match, fans were kept on the edge of their seats with their eyes glued to the game. LCC won the last sprint of the game, foreshadowing the end of this high stakes match. A hit from the elbow of an LCC player about to take a shot by Anderson prevented a potential goal, along with two one handed saves from Hutton and Herrara. Hutton and Gensler had two skip shots during the last four minutes of the quarter, only to be stopped by the goalie. With just two minutes left in the quarter, Gensler received an exclusion, or personal foul, resulting in a five meter shot and goal for LCC. Despite another three shots from Gensler and one from Hutton, LCC won the game 9 to 8.

The SDA boys water polo team has their second to last home game against the Oceanside Pirates October 9 at Alga Norte.