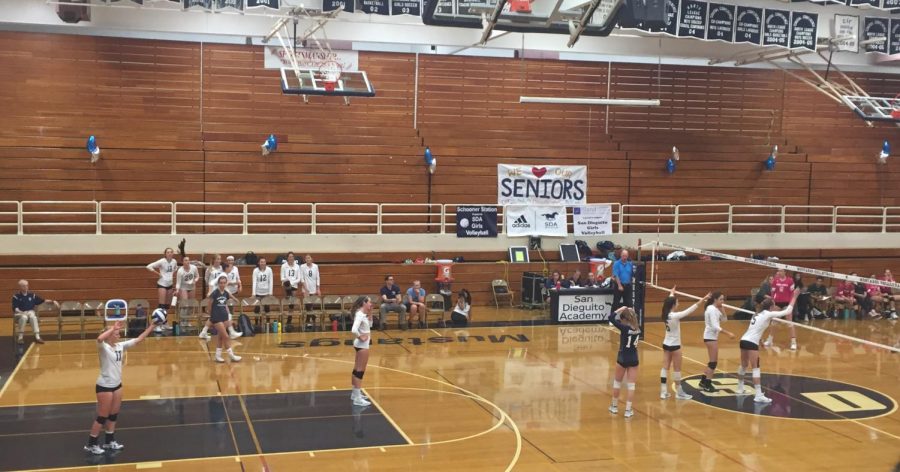 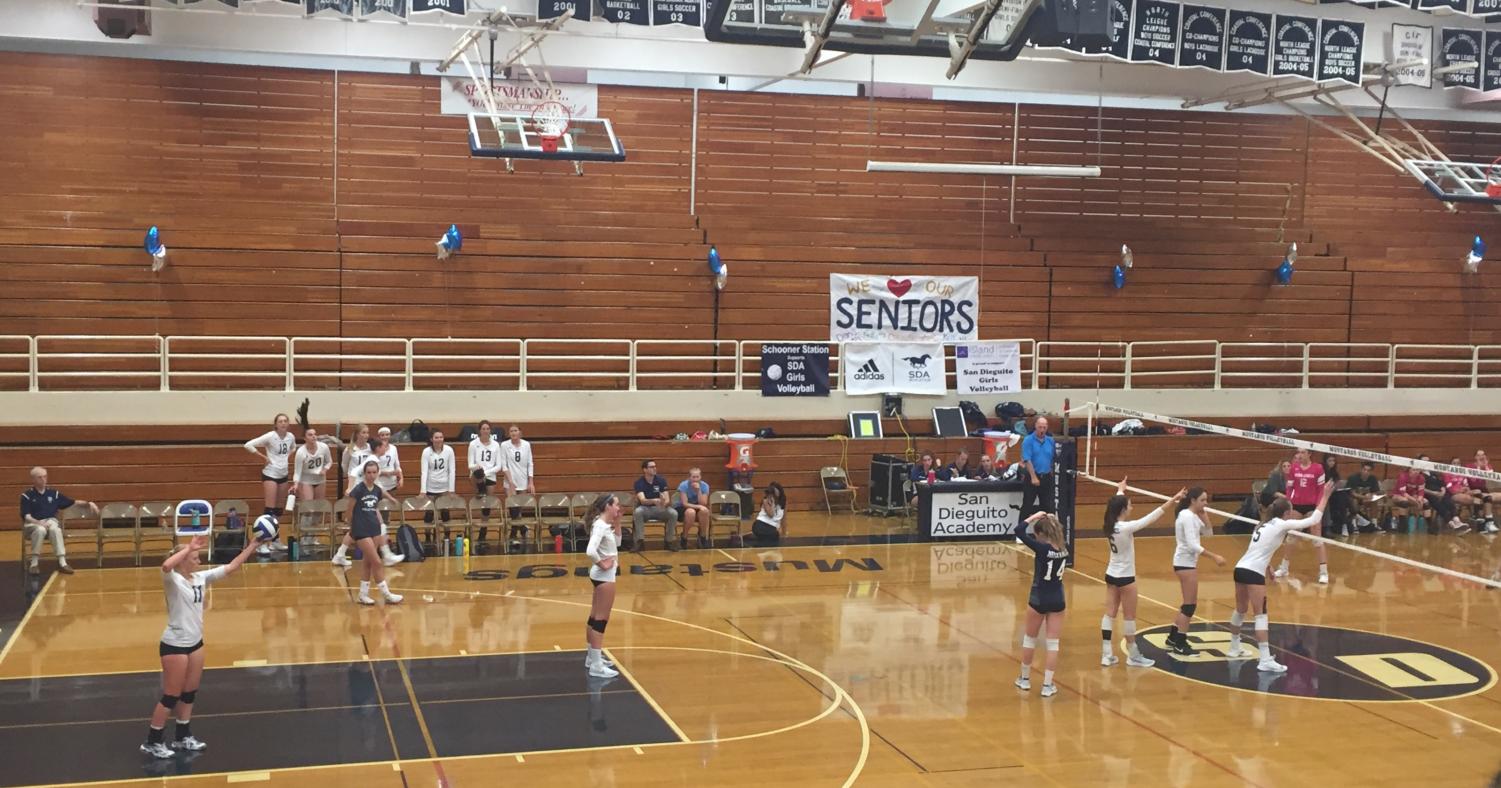 “I think it was a good game even though we lost because I think Sage Creek is really good and we put up a good fight,” said junior Jacqueline Gracey.

Both teams began the game with high energy and excitement. The score stayed close throughout the start of the first set. However after several kills and digs, the Bobcats were able to pull ahead and win the set with a score of 14 to 25.

Although Sage Creek won the first set, the Mustangs came back with drive and tenacity, enabling them to get a 7-0 lead in the start of the second set. Despite their momentum, the Bobcats quickly caught up causing there to be a series of back and forth ties throughout the set. The Mustangs were able to take the lead in their 22-22 tie, after a spike by Maile Levy. The Bobcats still put up a fight and made a comeback ending the second set with a win and score of 23-25.

“I think [the game] could have gone better but I know that we’ll stick together,” said junior Moya Caulfield.

San Dieguito worked hard to keep up with Sage Creek’s intensity as the score stayed close during the start of the third set. After many kills and attacks, the Bobcats were able to score eight more points than the Mustangs, providing them with a score of 17-25 at the end of the third set.

“I think we had really good offense and I think we did a good job picking up hard balls,” said Gracey.

The Mustangs will play their next game against Rancho Buena Vista on Friday at 5pm.