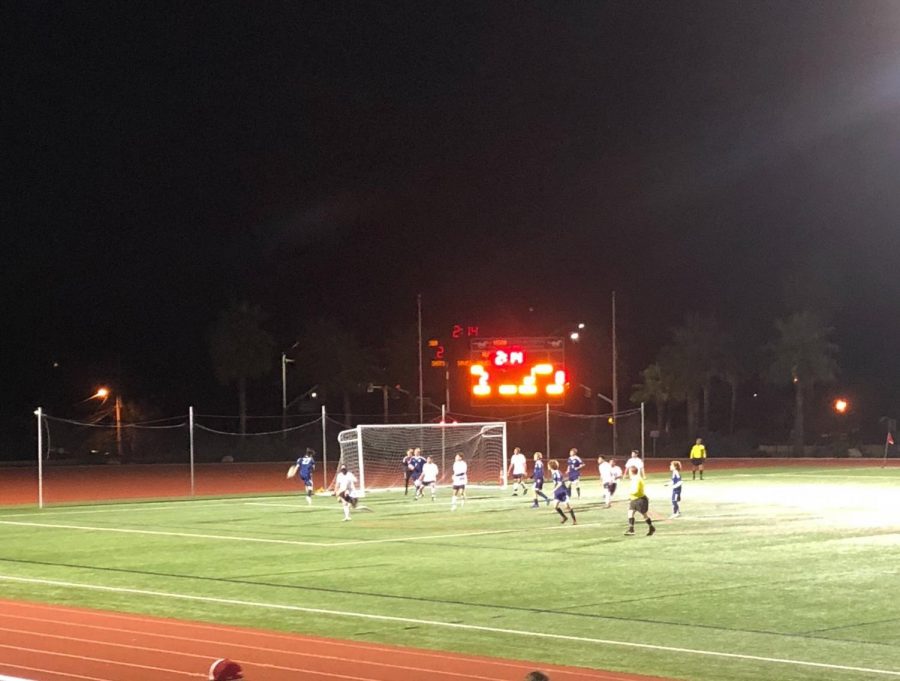 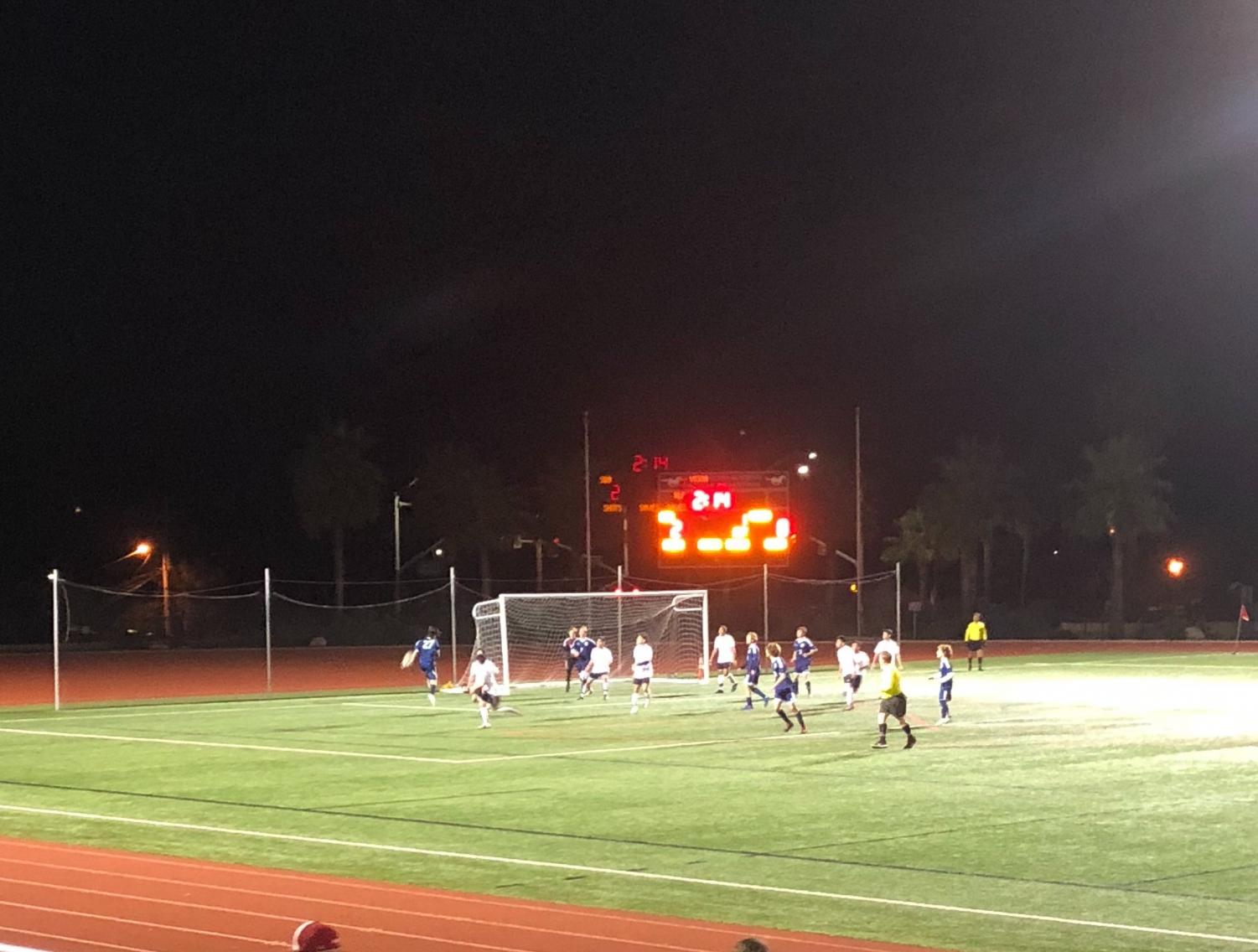 A free kick by junior Kai Haseyama about 30 yards from the goal slipped past the fingertips of the Vista High School goalie and into the net. This was the second goal of the 3-1 win that kicked off SDA’s first league game on Tuesday.

Two early shots by junior Miles Lavake in the first five minutes of the game quickly set the tone for the Mustangs. Lavake’s attempts at goal were then followed by breakaways from junior Jaken Eyre. The Vista goalie however was able to prevent his shots from going in.

With 15 minutes left in the first half, the last Vista defender slide tackled Eyre from behind right outside the 18 yard box, resulting in a red card for the Panthers. A free kick was given to the Mustangs on behalf of the foul. Eyre was able to capitalize on the opportunity by kicking the ball into the top left corner of the net, allowing the Mustangs to take a 1-0 lead.

After the first goal by the Mustangs, the Panthers had a dangerous breakaway which led to an attempt at goal, however senior goalkeeper Jason Reed saved it. At half-time the Mustangs were up 2-0.

The second half started off with early shots at goal from the Panthers, however the Mustangs were able to stop them from reaching the back of the net.

A header by Eyre off of a corner kick allowed the Mustangs to continue their lead with a score of  3-0. The Panthers however were able to come back late into the second half and score a goal, ending the game with a 3-1 win for the Mustangs.

The Mustangs will play their next home game on Jan 29 against Oceanside High School.