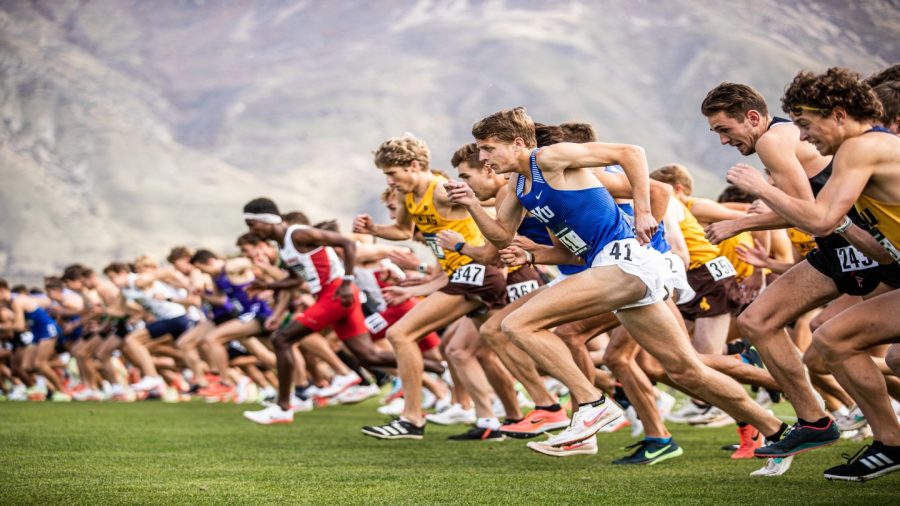 A (biased) look at running as a competitive sport.

Let’s be honest: no one cares about competitive running. It is arguably one of the most boring sports to watch, just barely ahead of baseball and golf. Nobody wants to watch a group of sweaty, exhausted runners wearing short-shorts jog around a dirt trail for 15-25 minutes. Or, in the case of longer races, for hours on end. And why would anyone in their right mind ever actually want to participate in that madness? Today, I am going to give you the answers to these burning questions. In doing so, perhaps I will provide you with a deeper understanding of this crazy sport called cross country running.

To answer these questions, we must go back to the beginning. Running first came into existence over 2 million years ago. It is widely believed that the ability was developed by our ancestors in order to more efficiently hunt wild animals. The earliest known records of competitive racing didn’t appear until around 1171 B.C.E., once we had gotten ourselves a little more organized. Running became a monumental component of the first Olympics, taking place in Ancient Greece in 776 B.C.E. Unlike most newer sports, the basic concepts and rules of running haven’t changed: a group of runners line up at the start, and the first person to reach the end of the course wins the race.

It seems simple enough, right? That was my thinking when I joined San Dieguito Academy’s cross country team in my freshman year of high school. I knew that the sport didn’t require much equipment and that the rules were straightforward. I also came into the sport unaware of the time commitment and dedication that is required.

Everyone who takes cross country seriously will tell you that running requires sacrifice. You must have the strength to give up a part of each day to undergo pain, soreness, and exhaustion. Never slowing down. Finishing every workout to the best of your ability. Constantly pushing yourself to do better and reach the goals you have set for yourself. Day after day, month after month, and year after year. And maybe, if you get through all that, you might just shave off a couple seconds from your mile time.

The amount of training and dedication that can go into a single race is unparalleled. Everything that you’ve prepared for is unleashed in its full potential. Nothing compares to the feeling of finishing a race, filled with adrenaline and elation, proud of what you and your team has accomplished.  Cross country can be seen as both an individual sport and a team sport; you run for yourself, trying to get the best time that you can. At the same time, you run for your team, cheering and supporting everyone before, during, and after the race.

It is one of the few sports in which everyone – regardless of what team they run for – pushes each other to run harder. Two runners on opposite teams could have been neck-and-neck throughout the entire competition, one beating the other by less than a second, and both runners would still congratulate and applaud each other’s efforts. After all, neither one could have run the race as they did without the other.

One has to look more closely to appreciate the finer details of cross country running; details that make it the incredible sport that it is. I feel that the best way to actually enjoy running – the action itself, as well as watching other people do it – is to experience it yourself.

View Comments (8)
About the Contributor 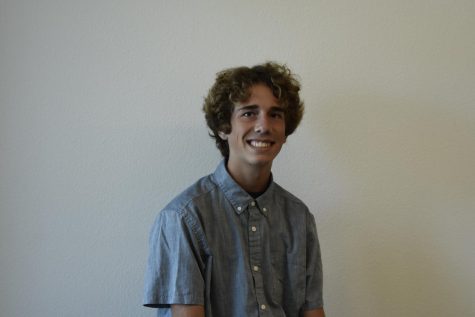