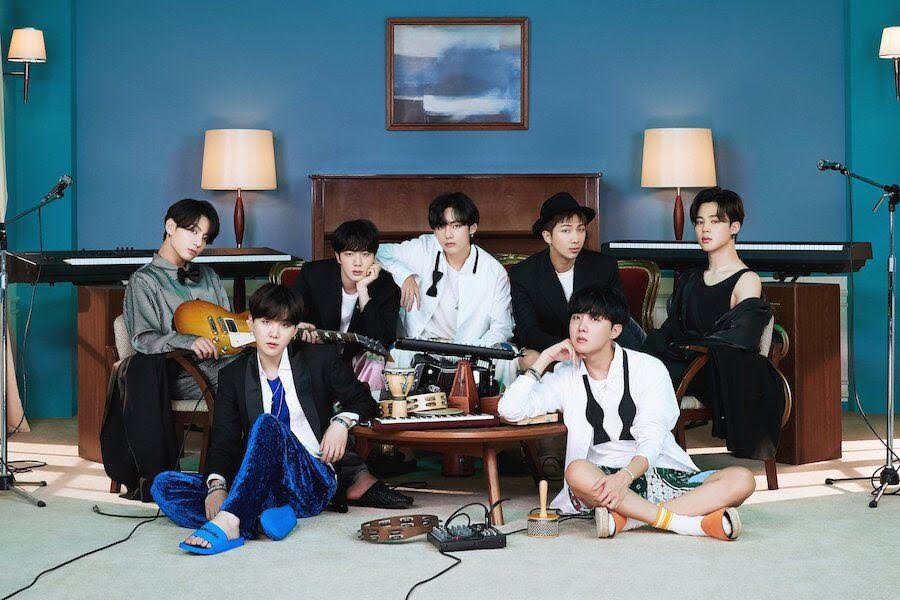 BE: a review of BTS’s quarantine album

As the end of the pandemic may be near, BTS’s album BE shows us it’s important to look forward towards a brighter future.

Over the past year, the success of Korean boyband BTS (방탄소년단) has exploded to new heights. Despite already being one of the biggest musical acts globally, the release of the group’s first all-English song, “Dynamite,” has gained them even more popularity and recognition, including a Grammy nomination.

Debuting in 2013 under a then small label, Big Hit Entertainment, the group, struggled for several years before breaking through and receiving their first award show prize for their song “I Need You” in 2015. The group has since been turning out content and albums for their fans, in which the majority of the songs include writing and producing credits to the members.

The album was written mainly during the pandemic and looked into themes of isolation and loneliness. Through all of this, however, the album perpetuates a theme of looking towards a bright future and having hope. This theme can be most evident in the album’s first track, “Life Goes On.”

The synth-pop song was written with the help of members RM and J-Hope and holds the meaning of imagining a better feature, sharing how things have changed during the pandemic for the group, and how it feels like everything stopped so suddenly.

The pre-chorus tells us to close our eyes and imagine a better feature, then to the chorus:

The day will come back around

As if nothing happened

The line “Life Goes On” is followed by a repeating of the words “I remember.”

I remember a better time. I remember what it’s like to be surrounded by our loved ones. I remember life without the pandemic. There is a future that is almost here.

This album holds a special place in my heart because it was the first album that BTS released after becoming a fan in May 2020. To me, this album feels like a warm hug from a friend to remind you that everything is going to be okay. It can go from being an album to cry to “Blue and Grey” to be an album where I want to dance around with songs like my personal favorite, “Dis-ease,” and “Telepathy.”

The way the album is put together gives it a story. We go from feeling isolated, wishing to see our loved ones, to feelings of burnout and as if these feelings are all eternal. But when you hear the start of “Dynamite,” you know it’ll be okay. “Dynamite” is a total dance song, much different from the rest of the album. It feels like the happy ending we’ve all been looking for during these times.

As the pandemic slowly draws to a close, we can see that the light at the end of the tunnel is just around the corner. We can see that the future we imagined is nearly upon us. “BE” reminds me that it’s okay to be feeling down right now. It reminds us that these are normal feelings. We need to remember that this feeling isn’t eternal, that the pandemic will eventually subside. We might not be out of the pandemic yet, but it’s important to look forward because “Life Goes On.”

About the Writer
Lucia Caliri, Staff Writer
Leave a Comment